Got to play a really neat concert at the new-ish LWL Museum here in Muenster with the Musikhochschule Muenster percussion department a few days ago.  It was a “Student’s Night” there with apparently around 5,200 people attending, and the percussionists provided a lot of the music.  In the inner courtyard, we played a decent variety including a Steve Reich piece; a couple pieces for marimba (I played as voice one on a marimba trio song); a really badass piece for bongos, tamborines and hihats; a rumba; an original song by one of the students, and more.

Out on the outside corner of the building is a huge light art installation by Otto Piene, and twice over the course of the night, five of us were booked to perform an improvised piece to the lights.  During our first time slot the lights were having some issues and came on late, but otherwise, it was pretty successful.  We prepared a ~15 minute piece for hand percussion, tomtoms, gongs, cymbals, and drumset that moved between prepared groove sections and improvised passages where the improvisers would work off what the lights were doing at the time (the light show rotated randomly – and what’s more, it consisted suddenly of completely different shapes and movements than it had when we took video with which to rehearse and prepare!).

Although I feel like I’m working through a minor plateau in my drumset playing right now, I’m really feeling fortunate to be a part of these other more percussion based events like this one and the percussion department concerts; I never thought I’d be up on stage in a concert hall behind a marimba, or out on a street corner with four other drummers improvising to a light show surrounded by a few hundred people, but I’m really enjoying doing something a bit different.

Here are a couple pictures, and here’s a short video Lena managed to catch of the first improvised piece (this was at the end of one of the improvisational passages before the lights were working, then goes into one of the prepared sections). 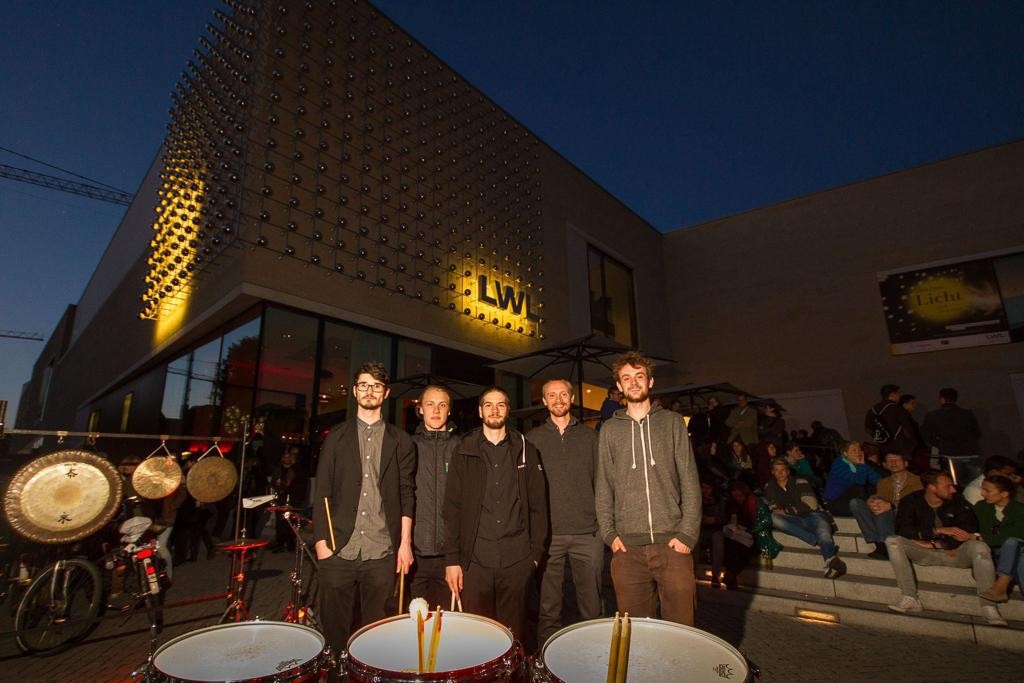 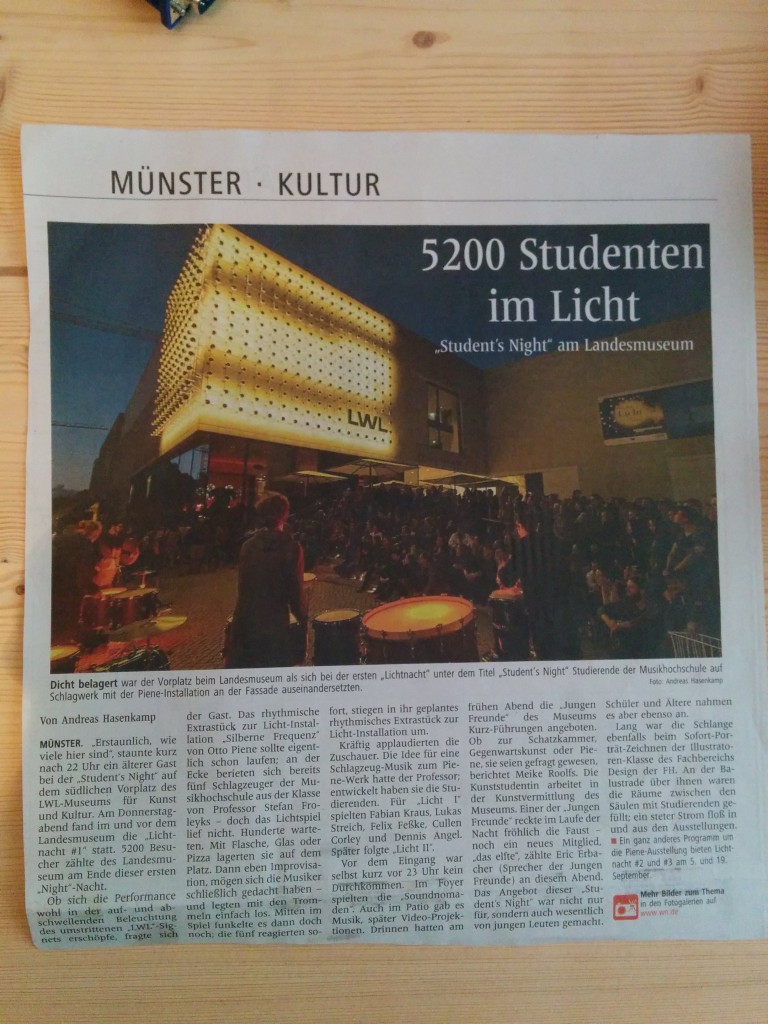