I’m putting together a suitcase drumset.  Psyched about it.  This should allow me to take acoustic gigs and (very) small venue gigs without sacrificing the presence of a drumset for the sake of a cajon or some similar stand-in.  I’m not ragging on the cajon; I know those good with them can produce a lot of interesting sound.  But Shubangi has a few acoustic shows coming up, and I’d prefer to keep as close to the original drum sound as possible while scaling it back appropriately.  I’ve also recently had a couple sub gigs for Gin and Juice and G & the Boyz; both times we’ve done stripped back acoustic covers and both times I’ve wished I had a proper kit to better replicate the original grooves.

I’ve already had a couple conversations with other musicians about potentially getting out into the street and busking, and this kit would be perfect for that, as well as other guerilla type performance possibilities. 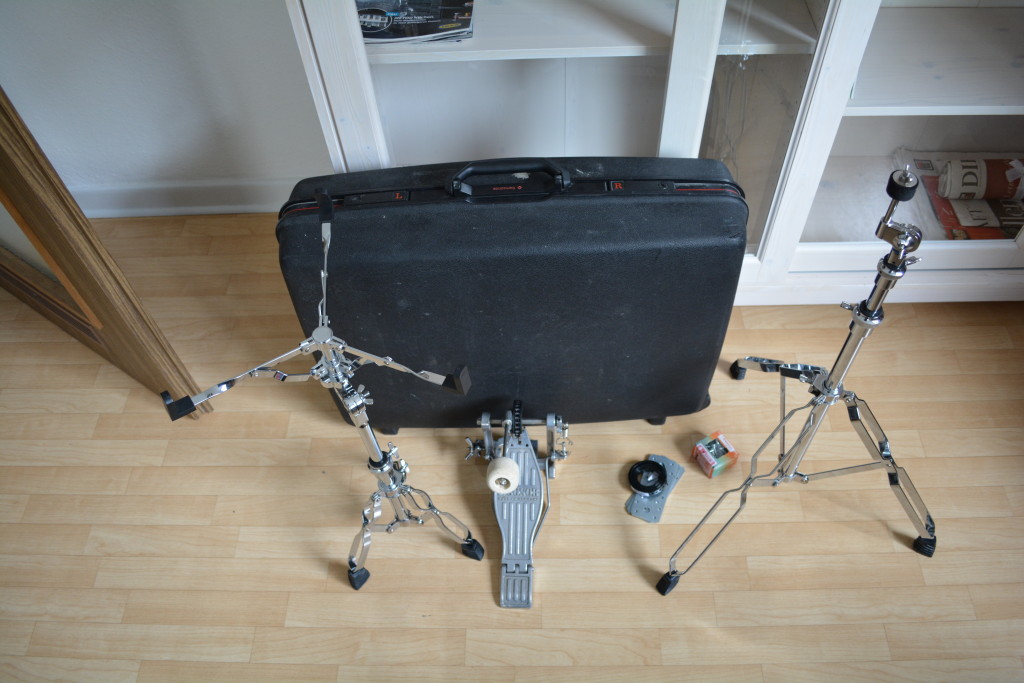 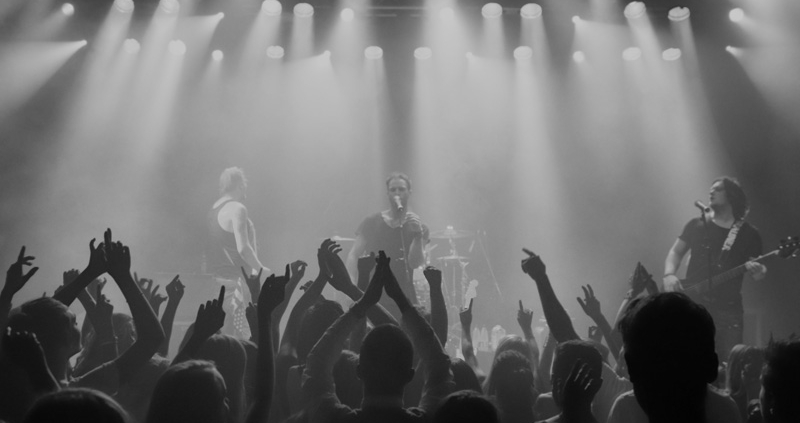 END_OF_DOCUMENT_TOKEN_TO_BE_REPLACED

A few festivals and such booked.  (Couple more in the pipe.)  Here’s a fancy graphic.

Radio broadcast: Shubangi‘s performance at Funkhaus Europa’s Tanz in den Mai concert will be aired tonight on Funkhaus Europa.  Our set will be played at around 11:30pm, after the amazing Razbar Ensemble’s set from the same show, broadcast at 11.

More info and link to stream here (in German)

It was an amazing time playing for the sold out crowd at Muelheim’s Ringlokschuppen!  And not just playing, but being a part of the event – they put together a great mix of music.  Saw some amazing bands that immediately went to my favorite live acts list, including Emicida and Bukahara. 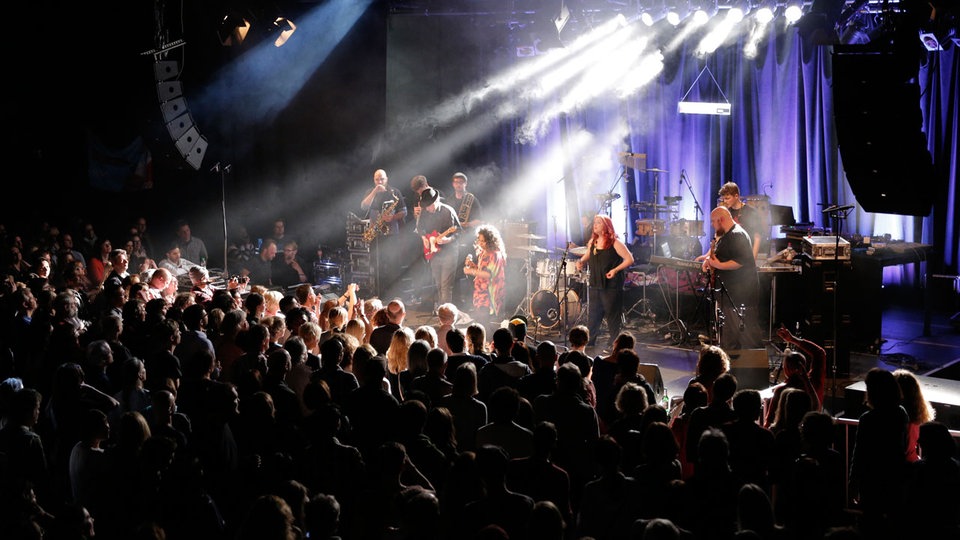 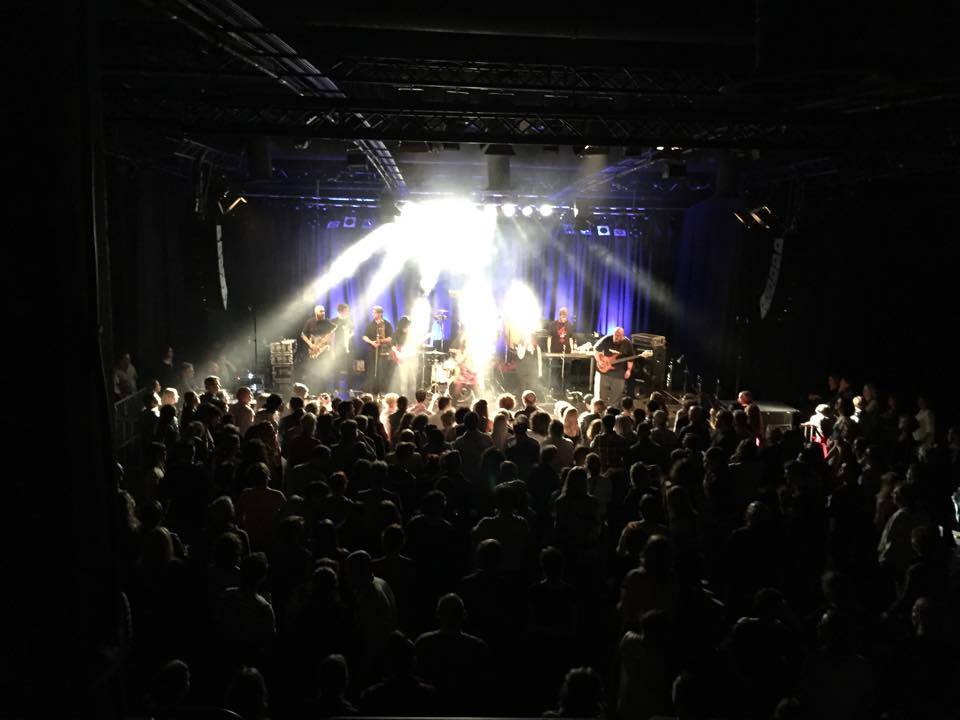 I’ve recently joined the live band for Shubangi, a very cool hip hop / electronic / dance group out of the Muenster, Germany area.  Things are sounding huge in the rehearsal room, and I’m excited for us to bring it to the stage tomorrow as a part of this great festival!

More info on the gig here (in German). 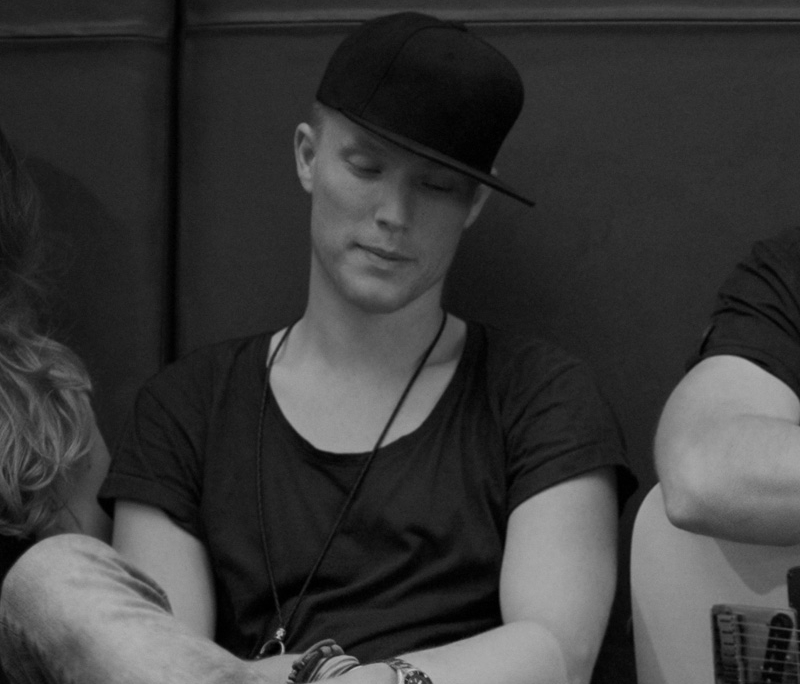 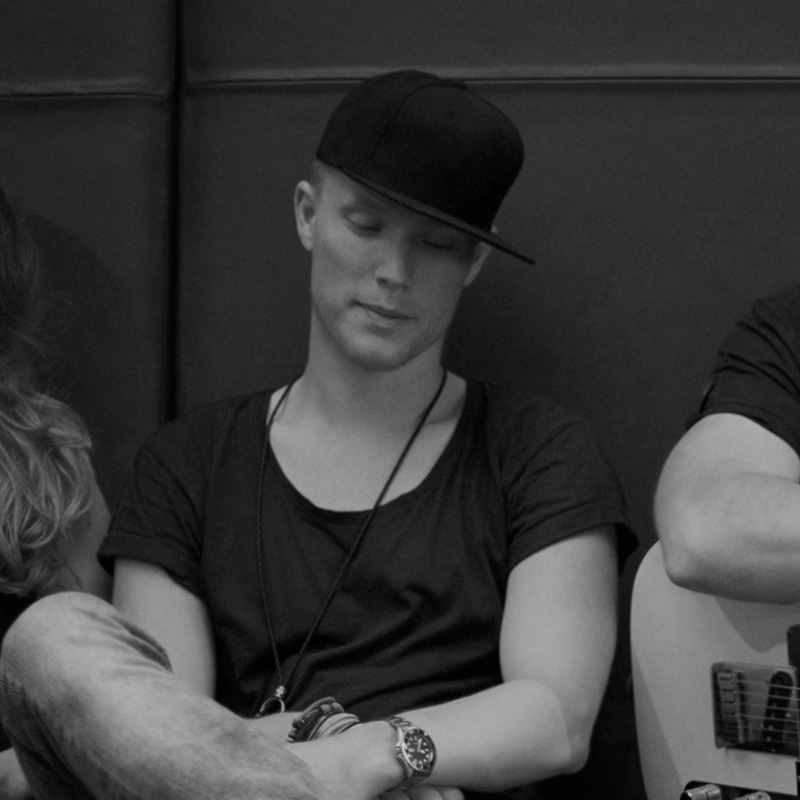 END_OF_DOCUMENT_TOKEN_TO_BE_REPLACED

I’ve bid Boston adieu for the time being and started studying at the University of Münster Musikhochschule in northwest Germany.  Everything’s in German, so that’s been a bit of a trip, but it’s pretty wonderful.  Without getting too deep into it, because that’s not the original point of this post, I’m one of just five drumset students here, which is just worlds away from part of what I didn’t like about Berklee.  I already know everyone in my class and many from the others (in my part of the school, which is pop music performance / music education).  It’s also incredibly cheap.  The scholarship money Berklee gave me was very small in comparison to what my tuition every semester cost, and yet, thanks to German university tuition laws, my per-semester scholarship there was over 8x more than what I have to pay outright per semester to study here.  Less convoluted:  I’m paying less than $300 per semester towards my bachelor’s degree.  Unglaublich.

Anyway, I was just browsing last night and came across this video posted on Reddit in which Bertrand Russell discusses the importance of philosophy.  There was a comment thread discussing the video, and buried therein was the following post regarding searching for knowledge vs. information, or following a quest to understand the “how” and “why” rather than just the what.  You can distill it down to simply being about learning, but I liked the account of the rewards he found, and that it’s an anecdote from a discipline I know little about.

It resonates with me right now as I’m struggling to keep up with my music theory classes, a fight that’s compounded by a little voice in the back of my mind that says, “You don’t really need this stuff, anyway.”  It’s tough sometimes to shake that feeling that you’re just learning something because someone else says you should, but I find this account of finding the drive, and seeing retroactively the worth of pursuing knowledge when it’s later applied, inspirational.  Too often in my study of music, whether under a teacher or on my own, have I sought to simply reach the next level of performance, or, in other words, results, rather than given myself over to really being a student and digging deep into the “how” and “why” as a more comprehensive means to the same end.

And as I trudge through a difficult subject in a difficult, foreign language, I’ll take the inspiration, wherever it may come from.

Anyway, here’s the post.  I’ll just post it unedited as it was originally written.  The last bits are in response to someone having recommended him some places to begin studying philosophy.

“Once you commit to studying philosophy, accompanied by a genuine thirst for knowledge — I must warn you — you are opening up Pandora’s box in the best imaginable way.”

About 3ish years ago I was playing minecraft with some friends, and we decided to try to make a trap to get monster loot. I remember making a trap that ran of a little redstone logic circuit I made. I was surprised when It worked so well, and that my friends didn’t understand it. I thought I wasn’t smart enough to do something like that. This set off a chain reaction. I started to wonder what else I could do.

So I decided to learn programming, scrap by scrap. I was smart, I didn’t have to understand how it worked, I didn’t need knowledge. This is just confusing because somebody else’s fault. People who have knowledge aren’t smart, they only have that knowledge because they couldn’t just figure it out themselves, right?

Then I meet another programmer who started about the same time I did. He could code circles around me. He did so much that I would have never imagined possible. One day I asked him how he got so good. He shrugged and said “I just want to know how it all works.” I thought that that was a silly reason to do anything, I didn’t really take it to heart.

Then one day, I decided to emulate that mindset, to chase ‘knowing how it all works’ for a while, to see what useful things I could learn. So I read. Not a lot mind you, just enough to understand how the language worked. Then when I tried to program again, it was suddenly different. It was like sailor first finds the wind, when a musican first hears the music they’re reading. I was in resonance with both knowledge and cleverness. This was the potential teachers had always said that I wasn’t taking. Code was no longer a chore, It was no longer a thing to be cleaned on occasion and forgotten, It was expression of self, It was the flow of raw and ruthless ideas without a care in the world.

I always thought climbing the mountain of knowledge was a fools errand, until I was high enough upon it to see the view. I had always starving, but I had never realized what had hungered. The little I had read fead my curiosity, but only enough to raise its appetite.

Later on I wrote a little multiplayer game. It was slow and terrible, unplayable even, but my programmer friends were amazed, even the one who could code circles around me.

Then I dove down the rabbit hole. I began to read everything I could about computers. I wrote useless tools that I knew I’d never use. The knowledge I was gaining made everything so clear.

During this time I also played strategy games. Dota and the such. The bits and pieces of math that I had picked up with code began to show the value of themselves with strategy. I had started to see the numbers, the way it fit together. That was the moment I began to understand what math truly was. It wasn’t some group of equations to be memorized, it was patterns. It was the art of thought. Music has sound, Sculpting has shape, math has thought and pattern. The other subjects too, history, literature, art, they were all connected in ways that I had just begun to see.

I began to study math. I struggled, just as I did when I started with code. I studied physics along the way as well.

It started to change everything. I had begun to see. To see. It cannot be fully described until you have experienced it. I no longer drifted along like a numb rag-doll, deaf to all but impulse. The patterns of everything started to appear. Everything began to show its own sort of intense beauty. This was how it felt to be rapt in awe.

Curiosity, which was once just a faint whisper on the tongues of others, has quickly started to become a huge force in my life. It grows and grows the more it knows. Three years ago I had begun to crack open Pandora’s box of curiosity, and now that its open, I can’t imagine closing it, I can only feel excitement in what next I’ll find.

I started to learn math still not to long ago. The idea of it is definitely something that I want to pursue now that I understand what It actually is.However, It still is quite confusing to me. It reminds me much of how I felt when I first tried to learn to code. The part from the video that struck me the most was when he talked about people trying to shape knowledge, rather then allow knowledge to shape them, I realized that that was exactly what I was doing with mathematics. I was cherry-picking the parts with obvious value, and only thinking of them. I had never cared for the foundation because I tried to quickly to reach the bits which I had already found interesting. The entire guiding force behind my curiosity was the off statement of another mind. I didn’t recognize that till I watched the video. I need to learn how to give others the reign of thought and see where they take me. Doing it before has given me so much, and only doing it again now has let me recognize it.

ANYWAYS, thanks for the suggestions.

I’ve posted a couple more songs in the Media page.  They are unfinished Baby Made Rebel tracks, recorded in 2013 and not quite completed before we went on hiatus.  “The Standing” is much further along than “Untitled Single,” as may be apparent from the titles.

“The Standing” started with a drum loop I recorded as part of my Loops Project.  Lance heard it and wrote a tune around it.  We performed it at a few gigs in Boston in 2013, and I wish the recording had been completed and released, but I guess everything ground to a halt when I left for Germany.

“Untitled Single” was recorded right before I left, so naturally that one got a lot less love.  But I love the direction it was headed in and vibe it had going for it, even in so incomplete a form.

Finally, Clinton Degan has been working on mixing the songs we recorded together in late Summer 2013 and emailing us demos, and the songs are sounding incredible.  One of them is a tune an old band of his had turned down, saying it was “impossible” to turn into a full-band song.  For a group of musicians as talented as they were, it should say something about the complexity of the composition that it was denied on that ground.  I’m incredibly proud listening to it, knowing we as a group of musicians achieved something not only impressive, but I think also beautiful, and also proud of Degan for not taking “no” as an answer and guiding the song, along with its companion seven others on this record, to a really impressive product.  I can’t wait to be able to post some. 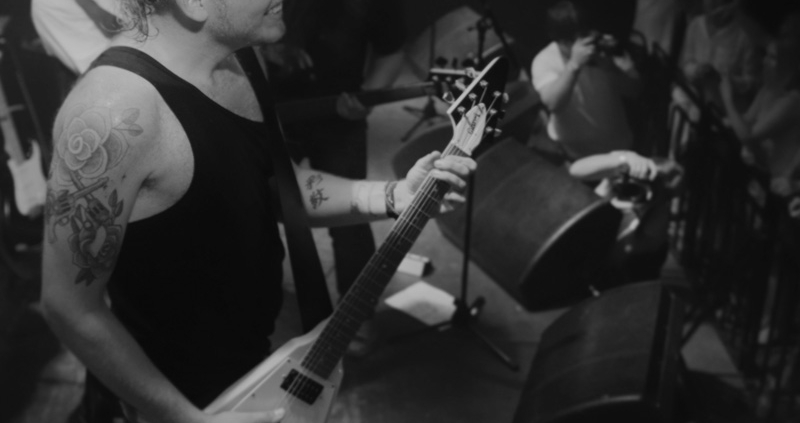